“Originally, ninpo is a skill rousing the hidden power held by humans.  Moreover, it is a way that recognizes the laws of nature.  It begins from the time when a person becomes conscious that it is a skill that allows him to survive.” – Nagase Hiroshi Sensei

空華道場 Kūge Dojo located in Ann Arbor, Michigan was originally founded in Garrett, Indiana in 2000 by Jay P. Zimmerman ジェイ・ズマーマン with the sole determination to understand the authentic teachings of Masaaki Hatsumi Soke and the Bujinkan Hônbu Dojo located in Noda City, Japan. Having studied Judo, Karate and other arts since the age of nine Jay Zimmerman began the study of Bujinkan Budo Taijutsu in 1997. In 2009 he became a student of Hiroshi Nagase Sensei Jugodan Ku-i 十段空位 (15th Dan), the highest rank in the Bujinkan and holds the esteemed title of Dai-Shihan (大師範 – Great Master Instructor) of Nagareyama, Chiba-ken Japan. In 2011 Jay Zimmerman relocated to Ann Arbor Michigan to study with Nagase Sensei’s senior student Michael Z. Asuncion Jugodan Dai-Shihan and head instructor of the Michigan Bujinkan Dojo.

Jay Zimmerman passed the 5th dan test in 2003 and currently holds the rank of Jugodan. In 2018 while in Japan, he was awarded the title of Dai-Shihan directly by Masaaki Hatsumi Soke. He frequently travels to Japan to study with Hiroshi Nagase Sensei and Masaaki Hatsumi Soke.

The Kūge Dojo adheres to the training philosophy set forth by the Bujinkan Michigan Dôjô “Students study goshinjutsu, a mindful joining of both traditional techniques and modern applications for self-protection. Training consists of such practices as ground breakfalls and rolling skills (ukemi), unarmed combat (taijutsu), and traditional weapons (buki). These skills include striking and kicking, grappling and throwing, and effective use of traditional and modern weapons. Bujinkan Budo Taijutsu integrates these methods and allows for the natural and effortless adaptation to each self-protection situation.”

Some Areas of Study within Bujinkan Budo Taijutsu: 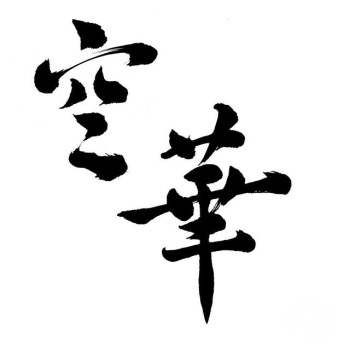 空華道場 Kūge Dojo “Flower of Emptiness Training Hall” was given with aspirations for the 武道家 budoka (student of the warrior way) to gain a profound, mysterious and natural understanding of 忍.法 ninpo.